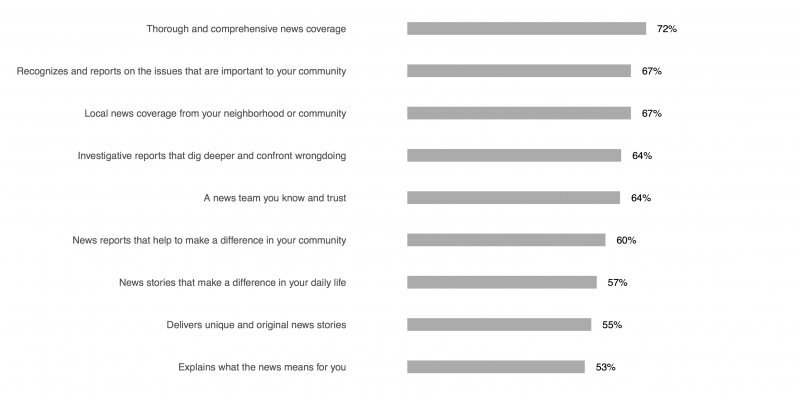 English author and playwright Edward Bulwer- Lytton coined the phrase, “The pen is mightier than the sword.” I believe it’s pretty hard to argue with that statement. So that being true, is that why a large portion of UCA is afraid of The Echo, or any news publication for that matter?

Since I joined The Echo staff last year, I’ve had a large number of experiences that have helped me grow both as a student journalist and as a person, but some of those experiences have not always been enjoyable, though I suppose they are still positive in the grand scheme of things.

I have covered several things this semester that have led me to roadblocks along the way. Why is that? It’s only natural for an individual or group of individuals to want to protect their image. I’m not going to argue against that. But when you’re purposefully standing in the way of something that doesn’t necessarily have any negative repercussion towards you, I have a problem—especially when that roadblock you purposefully set up stands in the way of a student doing their job, doing something that helps them academically within their major.

There’s a large amount of disdain on campus toward The Echo and its reporters and that disturbs me greatly. A compelling amount of students and some faculty members feel as though we have an agenda, that we’re out to get them. Or if not that specifically, some feel like we are their personal public relations lap dogs that will hold the university and its staff up like the spotless, glittering example of what higher education it is supposed to be and what some would have us believe UCA actually is.

I am not saying UCA is not an incredible university, but that is not what The Echo is and over my dead body would that happen to this publication. We also do not have an agenda. Journalists with an agenda are not real journalists (looking at you, MSNBC and Fox News).

It’s unrealistic to say every student in the journalism department will go on to write or work for the New York Times, Newsweek, The Washington Post or even the Arkansas Democrat-Gazette, but I believe I speak for everyone when I say we do have aspirations to do so.

But aside from having those dreams, we are— above all else—students at UCA and should be treated as such. We should be given no more or fewer rights than any other student trying to better their education. We have a job given to us in 1909 by both our major and the university to report on the happenings of UCA—both good and bad. No one takes pleasure in reporting on a rape investigation, money laundering, sex scandals or Greek failures, but those things happen and there’s no way around it or a way to escape the repercussions, despite what some may believe.

But, as you know, good things happen on campus as well and we devote just as much attention to student and university success as we do to their shortcomings.

Sometimes we don’t have enough page room to cover as much as we’d like. Sometimes we make mistakes, just like every newspaper in the history of the craft has done. We take pride in successful articles, discipline ourselves for mistakes and correct them as soon as possible.

So let’s all just take a second to breathe and realize that The Echo is just doing its job and deserves the same amount of leniency and respect as any other student group. If you don’t like it, then don’t do things that would fire back on you. You should be able to trust us to do our job with integrity and not feel obligated to immediately shield information from the first student walking into an office asking questions. No one on this campus has even the smallest reason to be afraid of us and yet they are.

And just as a small piece of advice: never decline to comment on a story. Unless you’re being indicted with a felony charge, it would be in your best interest to say something—anything, really. Declining to comment looks much worse in print than you realize.